This is  superb rock climb which I had climbed about twenty years ago but my friend Rick had not tried it so we gave it a go. It was busy a Sunday and even although we had an early start there were still people on the climb when we arrived. However we had an ace time as all teams moved efficiently so we enjoyed a marvellous days climbing . 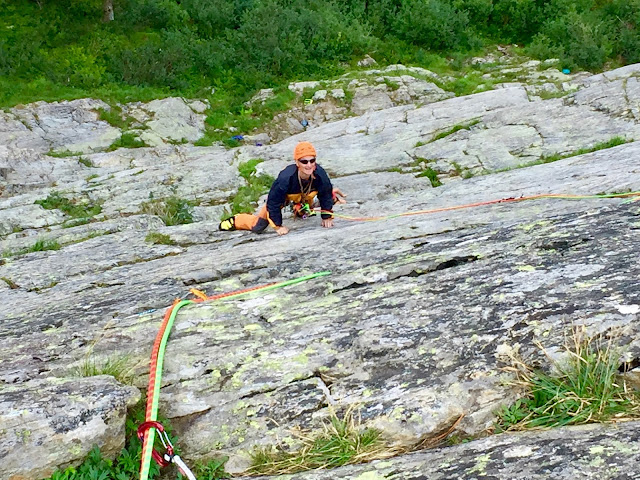 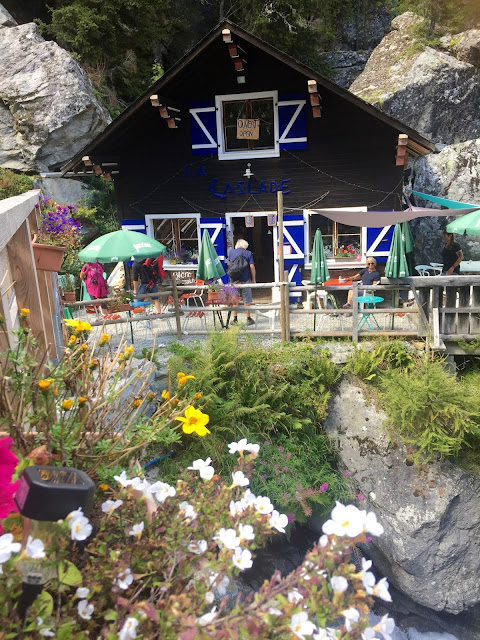 We had  coffee at the cascade. 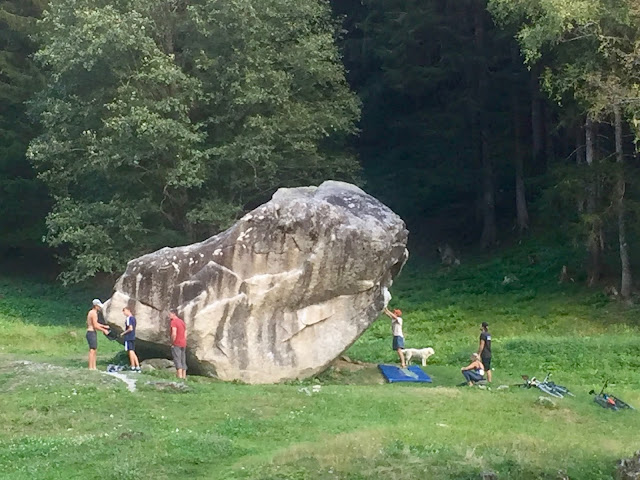 and later a boulder session at Pierre D'Ortaz