Looking across the Great Moss with Cam Spout to the left. 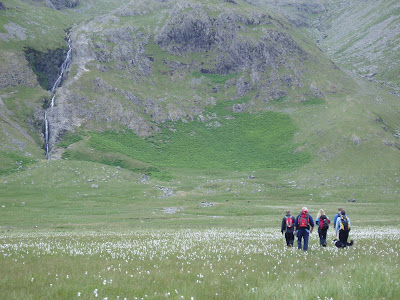 The Great Lakes run was held this weekend in appalling conditions, high winds and heavy rain were encountered as 64 hardy fell runners completed the race. It stretches 13 miles over the central fells of the Lake District with a total ascent of 7,000 feet. The terrain encountered was often through bog and scree, with some tricky route finding in many craggy sections. This race started and finished at Stool End farm Great Langdale and took in Bowfell, Esk Pike, Great End, Scafell Pike, Scafell, Slight side and Pike O Blisco. This is the first time this particular race has been run and the route was set by "Martin Bagness" of Lakes fell runner/climber Ambleside.
The winner was lakelander Simon Booth and he completed it in a staggering 2 hours 46 Minuit's. Well done all you hardy runners! 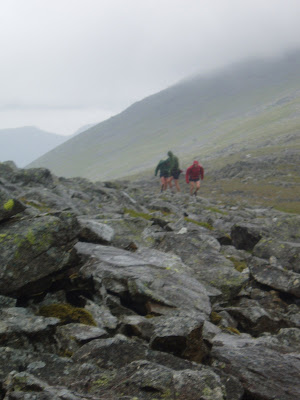 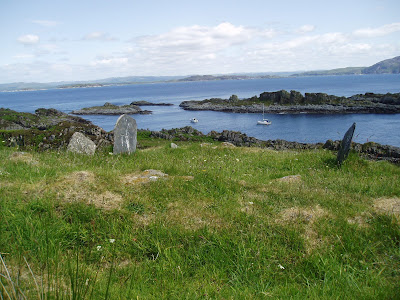 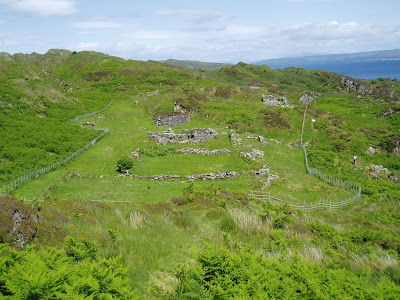 There are many advantages of being able to board a yatch and head out to the Western Isle's of Scotland.
One of them was our visit to this beautiful and historical Island "Eileach an Naoimh" (Isle of Neave) on the South side of the Isle of Mull. Irish Monks in the 6th to 8th century used to go in search of remote islands for peace and solitude. This remote Island was first discovered by St Brendan of Confert 21 years before St Columba discovered Iona. The remains form one of the most complete surviving groups of early christian buildings in Scotland and are also said to be identified as "Ailech" a daughter house of St Columba's monastry on Iona. The monastery was abandoned in the 9th century when it was attacked by viking raids but remained a place of pilgrimage and of christian burial. 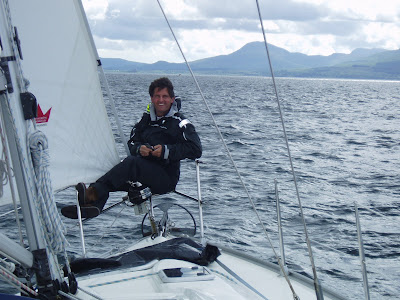 Our skipper Stephen on the lookout for birds and dolphins. 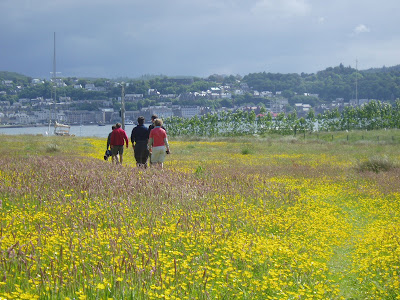 Stunning walks on beaches and through meadows on the Isle of Kerrera opposite Oban.
Kathy
Publié par Sandy Allan à l'adresse 10:32 No comments:

Meals from the sea 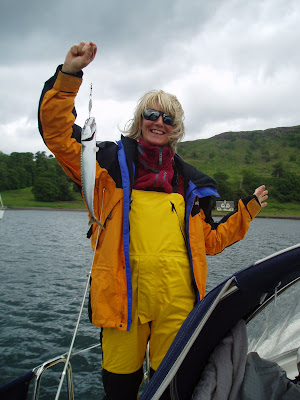 Another wonderful thing about Scotland is that as well as hillwalking, climbing, mountaineering and sailing we can live from the sea... It's an ace place and a wonderul life!
Publié par Sandy Allan à l'adresse 23:01 No comments:

Climbing with Kathy before the rain!

Here we are climbing as the rain came in!

More climbs in the Lake District 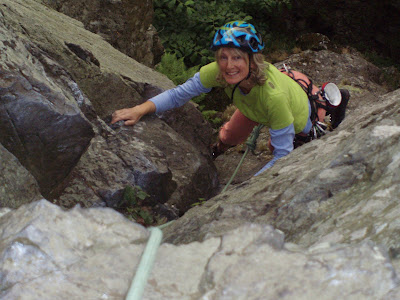 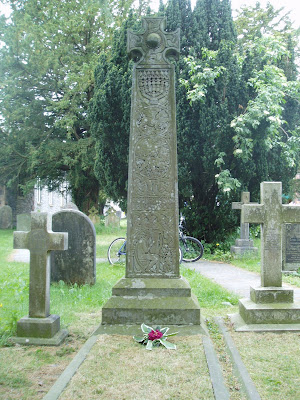 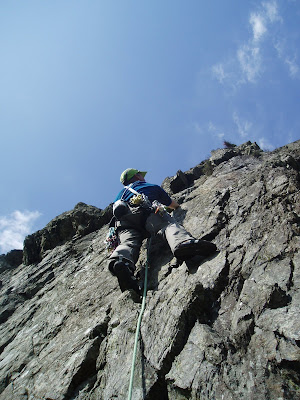 Great day in the lake district today, Mountain Biking and then climbing. We visited John Ruskins grave today which was quite interesting... ist at the Church yard in Coniston...
Publié par Sandy Allan à l'adresse 22:23 1 comment:

Wonderful Life in the Lake District 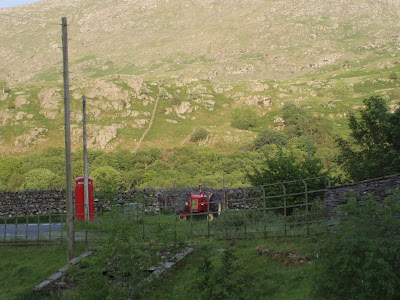 Climbing again, between bouts of office administration. It's a tough but wonderful life! 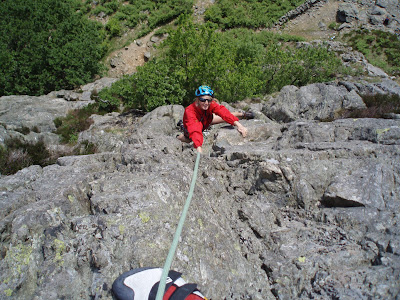 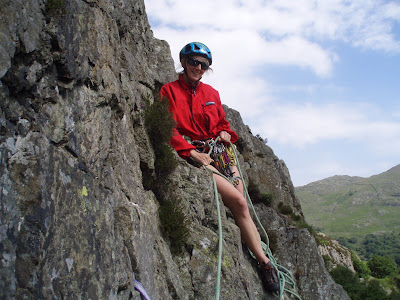 Rock climbing in the Lake District 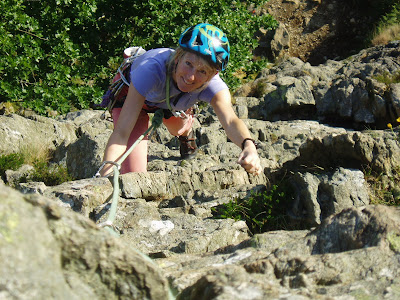 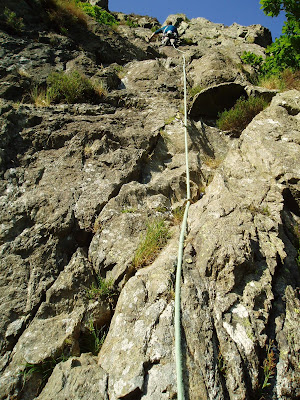