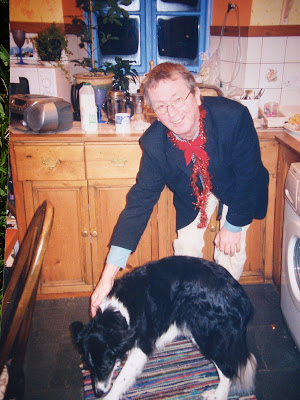 Well, Aviemore came to a stand still for a while this afternoon as the long procession of our cars followed a somber black car carrying Blyth from St Andrew's Church to his final resting place at Banchor Cemetery, Newtonmore. It's been a sad but celebratory day for us all here as Blyth Wright - 28th October 1943 to 25th May 2009- was an outstanding man. A fantastic mentor who had the sensitivity to spot talented young climbers and mountaineers and almost secretly mentor them without them knowing that it was going on! Then years later, on a climb some where one hears some of Blyths wise words and curses rising from somewhere deep inside one's head. Attention to detail when the chips were down, was one of his strongest gifts to me. So many times coming off big climbs in desperate snow and weather condition these "lessons and experiences from a distant past" enter my head and keep me safe. Somehow we reach the foot of our climbs safely, and wander casually into our base camps laughing the dangers away. In the peacefulness of the night in our tents or bothy's we remember these wonderful people who showed us so much, and at the time, as younger men or boys we were so preoccupied to even notice that we were actually being taken under someones wing! (Me ,I have so many friends that I have to be thankful to and Blyth was an important one- but of course a man would never say that to his face!)
BLYTH:-A motor bike racer, guitarist, singer, raconteur, mountain instructor, mountain rescuer, search and rescue dog handler, politician , author, leader of the Scottish Avalanche Information Service (SAIS), Ama Dablam summiteer and trustworthy friend.
SAIS did get a huge push from others, including the late Fred Harper and Eric Langmuir with Hamish Macinnes and Andy Anderson. Blyth has left behind many friends and will be deeply missed. SAIS is an amazing legacy and thanks to years of passionate work by Blyth there are a good team of avalanche observers well trained to continue this most important work. One hopes that in our cash strapped times that the "powers that be" continue to fund this important service. But Blyth has hung up his crampons, ice tools and crystal card for now. The last year and a half have been very tough for him and he is away now to pastures new. 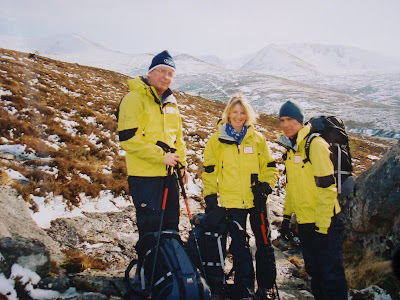 A man's man for a' that
Is there for honest poverty,
That hangs his head an a that,
The coward slave, we pass him by
We dare be poor for a' that.
Our toils obscure, and a'that
The rank is but the guinea stamp;
The man's gowd for a'that
What though on hamley fare we dine,
Wear hoddin grey, an a'that?
Gie fools their silks,and knaves their wine,
A mans a man for a'that
For a' that, an a'that
Their tinsel show, an a' that
The honest man, tho' e'er sae poor,
Is king o' men for a'that.
Ye see yon brickie ca'd a lord
Wha struts, an stares an a' that
Tho hundreds worship at his word
He's but a coof for a'that
His ribband, stares an a'that
The man of independant mind
He looks an laughs at a' that
A prince can make a belted Knight
A marquis, duke an a'that
But an honest man's aboon his might
Gude faith he maunna fa'that!
For a'that, an a' that
The pith o'sense, an' pride o'worth
Are higher rank than a'that
Then let us prey that come it may
(as come it will for a'that)
That Sense and Worth, o'er a'the earth
Shall bear the gree, an a' that.
For a'that, an a'that
It's coming yet for a' that
That man to man, the world o'er
Shall brithers be for a'that.
Robert Burns and sang at Blyth's service by Cathrine Walker)
Aye Blyth, we will catch up with you some day!
Sandy
Photos above.
1. Blyth at a party at Holme ground, Coniston.
2. "A rose between two thorns", Blyth, Kathy and Alan- a proud day for Blyth when the avalanche service received some sponsorship in the form of new mountaineering kit!
Publié par Sandy Allan à l'adresse 16:21 No comments:

Rope access technicians being independently assessed at Talon in Aberdeen last Friday. This is all part of the IRATA training scheme. There are three levels of training; Irata Level 1 for beginners, Irata level 2 for experienced technicians and Irata level 3 for team leaders. The Team leaders tend to be very experienced trade technicians with a gread deal of work at height experience. Many are good climbers or cavers and lead the rope access teams who tend to work in small multi- disiplined (trade skills) work teams. Irata certificates have to be refreshed every three years which maintains high standards of Rope Access skills which is important. IRATA has very high safety standards with many millions of rope access work hours recorded with very few "Lost Time" incidents. You can find out more about IRATA by logging on to www.irata.org 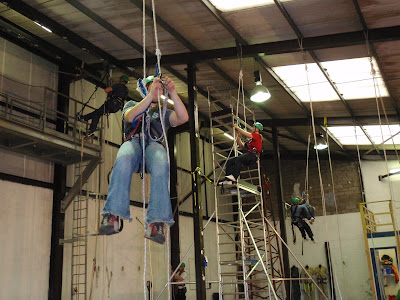 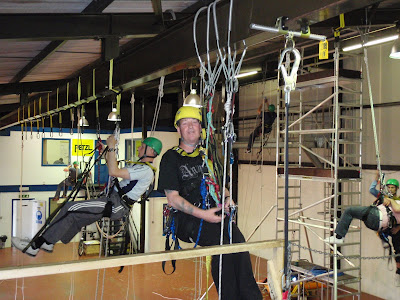 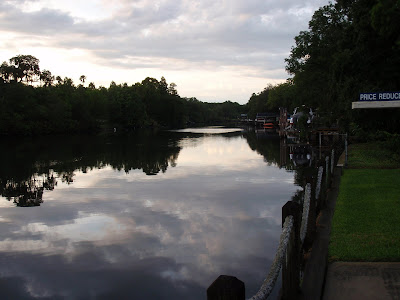 To continue the training theme one should be careful to avoid over training and peaking to early so as you can see I have come to realise that there are times that you have to chill out, kick back and simply enjoy what life has to offer! 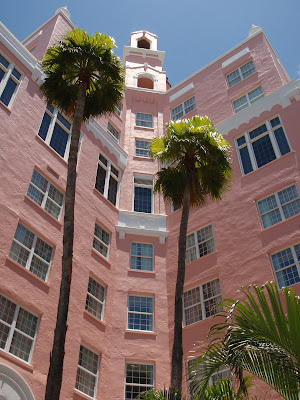 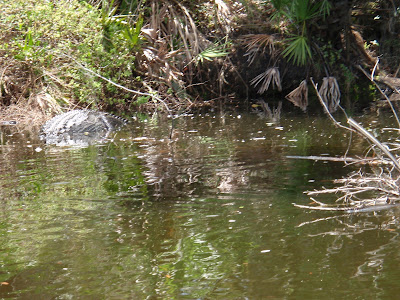 In a couple of weeks time I am away to Pakistan to guide the worlds 9 th highest mountain, Nanga Parbat. Many people ask me how do I keep fit and prepare myself for guiding such amazing mountains and as you can see below here I am in Florida. Its tough eh? Resistance training by running with a pack full of sand in the sea is pretty good and rowing along inter-coastal waterways is good for the core, arms and shoulders. Grappling with Alligators is something that I try to avoid! 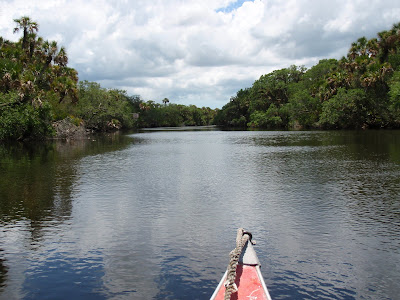 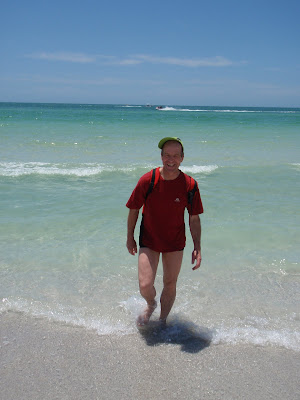 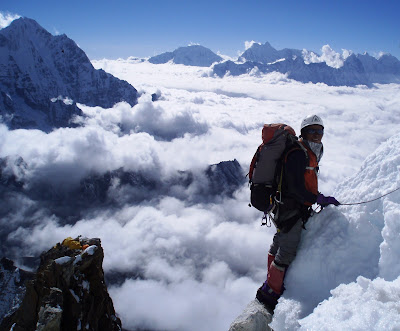 Later this year we are running an expedition to Ama Dablam. This year we plan to trek into Everest Base camp, then climb the wonderful trekking peak Labouche and then go on to climb Ama Dablam. Thats great way to accliatise and it also means that people of varying ability can come along, some to trek, some for Labouche and some for all three. The trip is confirmed and right now we have three people coming along for all three! So, we a have few places left yet if you wish to come along. As always with Team Ascent we keep our client to guide and sherpa ratio at good levels - we simply do not do the sausage machine thing!
Above is our Sirdar Lahkpa, descending back to C2 after sumiting earlier in the day. The photo below is becoming a modern classic... Kathy taking a qucky break and checking out the line, before contnuing on to the mushroom ridge.
Yep, if you have any spare time in October perhaps you should think about coming to Nepal with us! 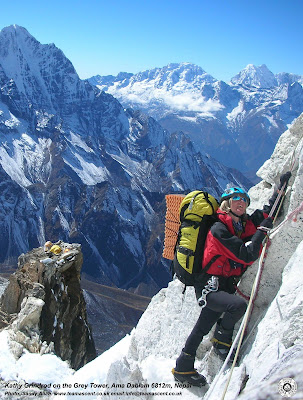 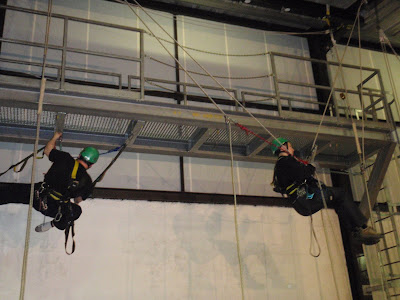 Above, trainee rope access technicians going through their paces at Talon NDT training centre in Aberdeen. Many of the people who successfully pass the IRATA controlled independent assessment are employed by leading service providers to work on projects in the North Sea and beyond. 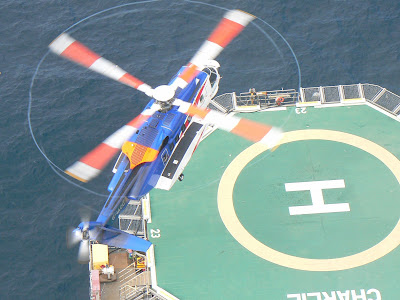 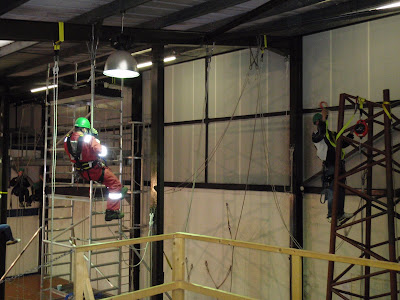 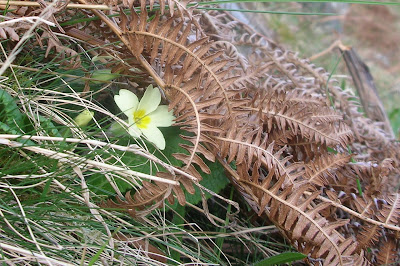 Yep, it's that ace time of year again! Bring on more sun. Snow showers in the Cairngorms and as always, once the SAIS folks hang up their crampons for the summer some snow always returns. Further north west, opportunists can usually find a good dry route or two if you know where to look! 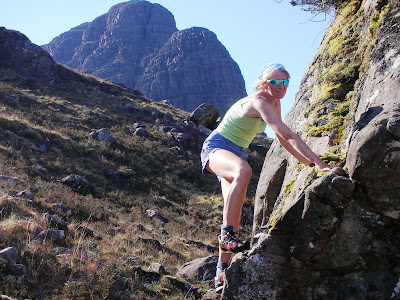