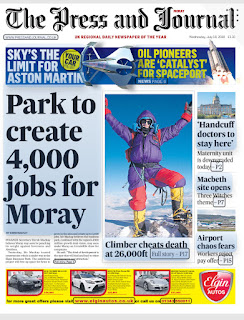 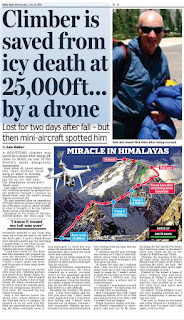 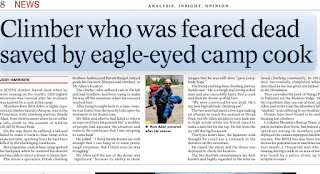 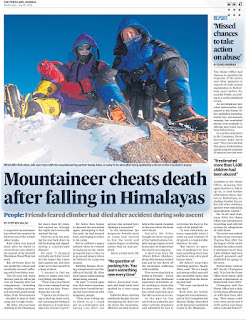 So Rick pushed on with his summit attempt while the rest of us all turned back in the adverse conditions. Rick tells us he summited in the wild weather and then on the way down he took a big fall. Stanislav and Kacper remained at Camp 3 waiting for him and when they saw Rick return to the col the following late afternoon they were delighted. They watched Rick descend and then as he came to aa small undulation he went out of sight, and after a while Kacper and Stanislav realised that they could no longer see him. Stanislav pulled on his gear and went searching for Rick and could not find him. It was assumed he either fell into the seracs or got swallowed up by a crevasse. Everyone was so concerned. At  base Camp ( where I was ) there was lots of concern, then a friend, Piotr Pablus who was supporting the Bargel brothers, (Andrej and Bartek) came running from K2 base camp informing me that their drone had seen a body and from its clothes we decided that it was Rick. Immediately I began rescue procedure with the help of many wonderful people at base camp and other climbers  who were making their way up towards camp 3 - the rest is history. It turned out to have a happy ending..... and Rick while suffering from some frozen toes will probably make a full recovery.  He is one lucky fellow!
Publié par Sandy Allan à l'adresse 12:19 1 comment:

Base Camp after summit attempt

Sandy and Rick are now both back at Base Camp following a couple of days making a summit attempt. Sandy returned back to camp himself after deciding to descend due to high winds. The rest of the team stayed at Camp 3 and considered their options for the summit. Rick made a summit attempt on 9th July after climbing all day and night.
Rick was missing from the group and feared injured from 9th July until he was spotted by a drone, piloted by climbers at K2 Base Camp on July 10th.

Sandy, with help from Andrej Berdel, his brother Bartek and their drone, was able to coordinate climbers that were already on the mountain to reach Rick at around 7.30pm. The climbers brought Rick back to camp 3 in the darkness.

Rick returned to Base Camp today (12th June) safely thanks to Dan Mazur and his sherpas. After being examined by a doctor at basecamp, Rick is okay all things considered and has a few superficial cuts and some frostnip.

Sandy's friend Gordon Browning arrived at Base Camp yesterday and is enjoying the Baltoro.

Sending good vibes to the team and to all.

Today I had some photos sent to me in the post on a memory stick from Sandy at Base Camp. Thanks to Max at KE Trekking group for sending it!

Here's a selection of the photos to brighten up the blog! 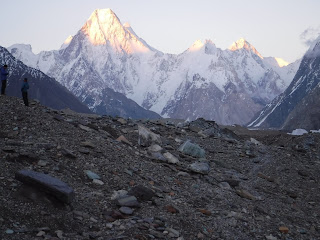 (The Gasherbrum mountains - Stan and Kacper from left to right) 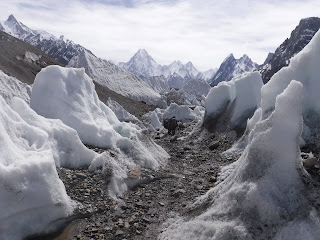 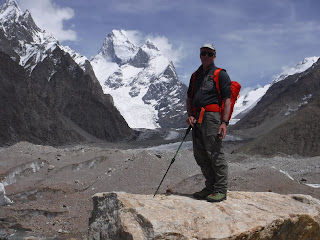 (Sandy in front of Mustagh Tower which he climbed many years ago with Jon Tinker, Mal Duff and Tony Brindle, the expedition that inspired of Andrew Grieg’s book “Summit Fever”) 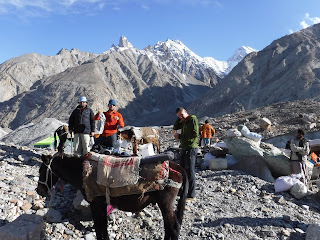 (Left to right-Abbas (our local trek guide looking after the porters) Kacper and Stan at Goro camp 1. 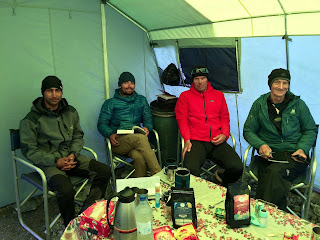 (Our Liaison officer Captain Kaddir with Kasper, Stan and Rick at our Base camp) 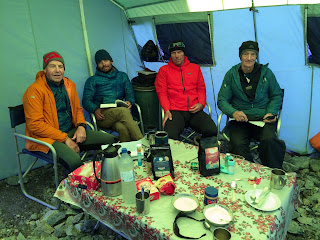 (Sandy, Kacper, Stan and Rick at BC)

Thats all for today - more photos to come!